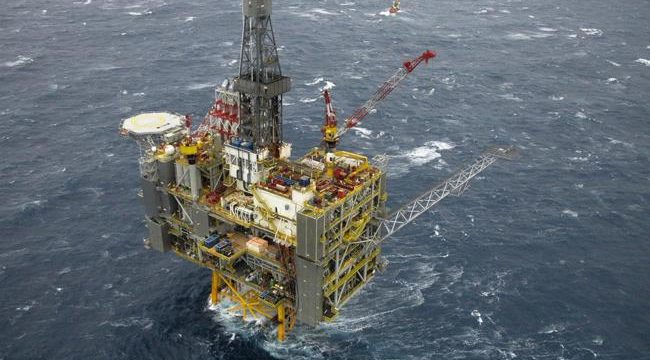 ROYAL Dutch Shell’s new finance chief has said the company will continue to invest in the North Sea where it is making good returns but declined to rule out selling off more UK assets.

Speaking after Shell posted a 140 per cent increase in first quarter profits, Jessica Uhl said the North Sea remains important to the firm although rationalisation moves will leave it with a much reduced presence in the area.

The oil and gas giant agreed in January to sell a portfolio of mature assets which account for around half its UK production to Chrysaor for up to $3.8 billion.

Shell has cut around 1,000 North Sea jobs since 2014 when the crude price plunge started. In November it announced plans to close its accounts centre in Glasgow which put nearly 400 posts at risk.

However Ms Uhl appeared pleased by the performance of the slimmed down North Sea portfolio. This includes giant developments the company will bring onstream West of Shetland in coming months and gas assets in the Southern North Sea.

Highlighting the importance of having a supportive tax regime, Ms Uhl said: “I think there’s been some good progress in the area and we’ve made some investments which have been competitive globally.”

Ms Uhl noted the Schiehallion and Clair Ridge projects off Shetland belong to a group of giant new developments that will help Shell boost returns in future.

Shell is developing the fields with BP, which on Tuesday noted the importance of the projects as drivers of growth.

The profitability and efficiency of Shell’s Southern North Sea gas portfolio has been increased in recent months.

Asked if Shell could sell off more North Sea assets or reduce head count further, Ms Uhl said: “We continue to have many assets in the North Sea and in the near term there’s nothing actively being worked.”

She added: “The UK is very important to us, we’re continuing to invest in assets we’ve retained in the North Sea. That will continue.

“However, everything is subject to review as we continuously challenge ourselves to ensure we’re generating the best returns.”

The American executive, who succeeded Simon Henry in March, said asset sales had her “strong attention”. Shell had been making good progress with efforts to reshape its portfolio to help it increase returns throughout the cycle.

The company wants to generate more cash from operations with a view to meet ing the key objectives of reducing debt and increasing payouts to investors.

Ms Uhl noted the potential of the deepwater positions off Brazil that Shell acquired off as a result of the £37bn takeover of BG which it completed last year.

This was followed by job losses in Aberdeen as the company moved to realise the synergies expected from the deal.

The company employs around 1,700 in North East Scotland, pending the completion of the Chrysaor deal.

The increase in first quarter profits to $3.8bn from $1.6bn before one-offs, on the standard current cost of supplies basis, partly reflected the success of efforts to cut costs.

The company also benefited from the partial recovery in oil prices from the 12 year lows recorded in the first quarter of 2016.

Shell got an average $48.36 per barrel for its oil output in the three months to March against $29.49/bbl in the same period last year.

Brent crude fell below $50/bbl for the first time since November yesterday amid signs levels of excess stocks remain high.

Shell’s upstream exploration and production business achieved underlying earnings of $540m in the first quarter against losses of $1.4bn a year earlier.

Shell has completed or announced $20bn disposals in recent months to strengthen its balance sheet, out of a target of $30bn.

The company expects to invest around $25bn this year.

It announced a first quarter dividend of 47 cents per share, in line with the same period last year.

Simon Gergel, at Allianz Global Investors said Shell’s results provided further reassurance about the benefits of the BG deal to the group’s cash flow and the sustainability of the company’s dividends.