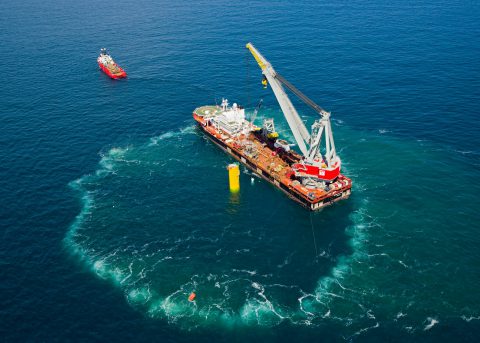 Oslo-listed Subsea 7 has delivered another positive quarter backed by higher activity in renewables sector as it came almost flat with profit in the prior-year quarter.

Quarterly increase in revenue was boosted by the Beatrice wind farm installation project, while partially offset by lower activity levels within the SURF and Conventional and i-Tech Services Business Units.

Despite revenue rise, lower activity levels within the above mentioned divisions have resulted in a decrease of $25 million in net operating income compared with Q1 2016. In addition, the company recognised a net foreign currency loss of $7 million.

Subsea 7’s order intake was $626 million for the quarter, which includes Mad Dog 2 project in the US Gulf of Mexico, and the Sole project, offshore Australia..

Subsea 7 still expects its revenue to in line with 2016, but estimates adjusted EBITDA percentage margin to be below 2016 levels.

“Assuming a sustained oil price improvement and that cost reductions identified by the industry are consistently achieved, there is still cause to believe that the number of SURF project awards to the market could increase within the next 12 months,” the company said in Q1 earnings report