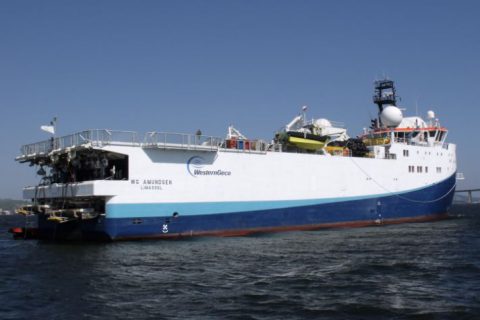 Aker BP ASA (Aker BP) has entered into a framework contract with Schlumberger for acquisition of 4D seismic data.

The framework contract has a duration of four years, with an option for 2+2 years.

This part of the agreement has an independent market value of around USD 30 million.

“With this framework contract, Aker BP is fortifying our position as an operator with significant ambitions for growth and value creation on the Norwegian Shelf,” said SVP Reservoir, Ole-Johan Molvig.

The seismic acquisition will start in May, and will be carried out by the WG Amundsen seismic vessel.

“We will be using the best seismic technology available on the market; IsoMetrix marine isometric seismic technology. The result is data quality that surpasses what we have been able to achieve previously,” added Molvig.

The 4D seismic method requires acquisition of seismic data in the exact same positions as a previously recorded survey. This allows changes in the reservoir to be compared and recorded over time, the company explained.

“We use this information to make decisions about how we will further develop the field by drilling new production wells, or through measures for injecting water or gas to improve recovery through existing production wells,” Molvig said.

The framework contract was awarded following a review of several bidders.