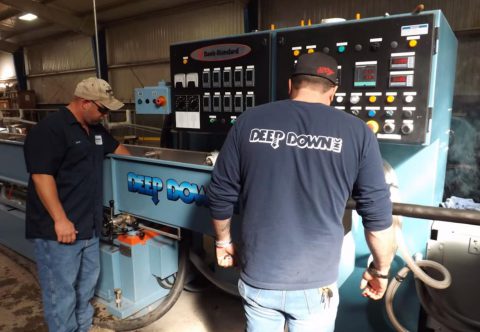 Ronald E. Smith, CEO, stated: “The oil and gas industry has largely adapted to the new normal of lower oil prices. While there is some optimism about higher prices in the mid to long-term horizon, most companies are developing project strategies with current prices in mind.

“Our strategic shift towards working primarily for operators continues to show results. These operators are increasingly realizing the cost and schedule benefits of working directly with us, by eliminating the need for equipment manufacturers, without requiring us to reduce our competitive prices. The increased costs of packaging products through the equipment manufacturers outweigh the previously envisioned benefits, especially with the increased focus on standardization and cost optimization across the industry.

“While we initially saw some prolonged engineering cycles resulting from our modified contracting and project execution strategy, we are now reaping the fruits of this strategy. The positive results of the quarter ended March 31, 2017 are a testament to the mutually beneficial, open and collaborative nature of some of our large projects. Our customers have also realized significant cost savings, while getting the most ideal solutions.

“We continue to feel confident that our backlog, strong balance sheet, and continuous organizational optimization, will enable us to continue providing the most value for our customers, shareholders and employees.”