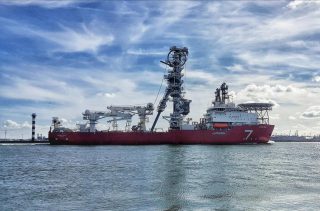 Oslo-listed Subsea 7 has lifted its profit in the third quarter ended September 30, 2016, on high utilisation of its active fleet, combined with previously announced cost cuts and more favorable tax rate, compared to the prior-year quarter.

Despite revenue drop of 23 percent compared to Q3 2015, the mentioned more favorable tax rate in this year’s third quarter pushed the company’s bottom line up by close to 3 percent.

Subsea 7’s order intake was $0.1 billion for the quarter, which includes contracts in the North Sea, the US Gulf of Mexico and Brazil.

The company said its order backlog at the end of September 2016 was $6.2 billion, some $0.8 billion lower from the prior-year comparable period.

“Industry conditions remained challenging in the third quarter and there were few awards made to the market. However, assuming the oil price increase over the last nine months is sustained and the cost reductions identified by the industry are consistently achieved, there is cause to believe that the number of SURF project awards to the market could increase within the next 18 months,” said Jean Cahuzac, chief executive officer of Subsea 7.

Subsea 7 said it still expects its revenue to be significantly lower in 2016 compared to 2015, but it now estimates adjusted EBITDA percentage margin to be above 2015 levels.

The new-build PLSV, Seven Sun, completed its final commissioning offshore Brazil and has started its five-year day-rate contract in November 2016.

The company also added that during September two vessels left its fleet. Seven Petrel was sold outside the oil and gas sector and Normand Seven was returned to its owner at the end of its charter